Blog
You are here: Home / Blog / Non Resident Partner / Buying a house: The deposit, the mortgage, and why I couldn’t do...
Failure of the 95% mortgage market  is one of the many reasons why Joint Equity is so popular and allows many more people to live in their own home and benefit from increase in the value of the property.
Many people ask Brad Bamfield, our CEO, why would a Resident Partner use Joint Equity when there are 95% mortgages available?
His answer is “there are 95% mortgages available but for many they are unattainable due to the salary multiple restrictions mortgage lenders apply” this article from the BBC illustrates his point well.

This is an article by Thea de Gallier published on the BBC News web site on 15 January 2020. Here 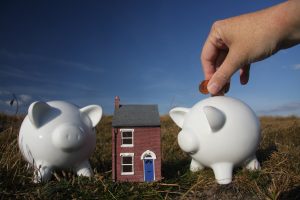 You’ve probably seen at least one – those articles saying you can buy a house aged 21 with a bit of determination and by cutting back on spending.

The people featured usually do have an impressive commitment to the cause of property ownership, saying no to nights out and holidays in favour of basic, home-cooked meals, weekly budgeting and walking everywhere.

But often hidden further down in the piece is a mention of the kind of leg-up that many of us aren’t lucky enough to get: an inheritance from a grandparent or a well-paid role in the family business. Sometimes the person simply lives outside the UK’s most expensive areas.

Such articles can be met with laughter and anger on social media, as people point out that home-buying at a young age really isn’t as simple as having instant noodles for every meal.

Let’s look at some numbers.

The average house price in the UK was £232,944 in October (and of course houses and flats are available for much less than this, depending on the area). Data shows a rise in the age of first-time buyers to around 30, and older in more expensive areas.

The typical rule for getting a mortgage is that banks will lend you up to 4.5 times your salary. Let’s take the average house price, and assume you have a 10% deposit of 23,000.

You’d need to earn almost £47,000 a year to take out a mortgage for the remaining cost – almost double the average wage for 22-29 year olds.

London, unsurprisingly, is consistently the most expensive place to buy in England and Wales. People there who want to own property can expect to spend up to 13 times their earnings on a home, while for people in North East England, it’s around 5.5 times.

‘Want to buy a house? Choose your parents well!’

“If you want to become a homeowner, you’ve got to choose your parents well,” he jokes. “We have this view that it’s much harder to buy a house now, but I say that’s not quite right. Forty years ago, you couldn’t get a mortgage without a 25% deposit, and interest rates were 15%. Now they’re around 2%.”

He does concede, though, that “it is very hard now – it can be almost impossible for people who don’t have help.”

[Brad Bamfield, Joint Equity CEO, says ” Thea illustrates the salary multiple problem well and its true that having parents who can help financially may make the difference but what happens if you do not have a Mum or Dad who can help? This is where Joint Equity becomes a good alternative where we become your Partner and provide that missing support]

Comment from Joint Equity – apart from the salary multiple problem above there are other costs and pitfalls involved some of which Thea reports below. Joint Equity is the buyers’ partner and we have extensive knowledge of and lead the buying process (we buy homes all the time and you will buy 2 or 3 times in your life) – just another headache we remove and reason we are so popular.

‘The stress put me off buying’

“I moved to Oxford after university with a previous boyfriend,” Emma explains. “Even though the relationship didn’t work, the job did, and I stayed there for over two years. Renting in Oxford is so expensive, I couldn’t think about saving. The flat I shared with my ex cost us around £700 a month each. I’ve heard people say living in Oxford is like paying London prices, but not getting a London salary, and I learned that the hard way!” 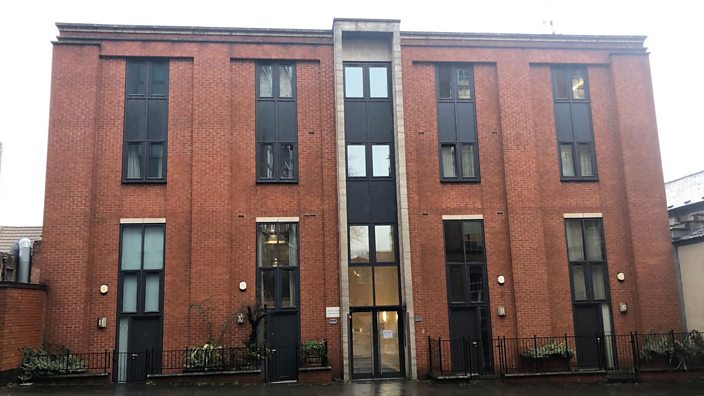 CONTRIBUTOR IMAGE The Nottingham flat Emma was going to buy

Emma went on to share a flat with a friend, which cost around the same price as before, but when the tenancy ran out she decided to return to Nottingham, where housing was cheaper. She found a job in PR where she earns “under £30,000”, she says – so her earnings are average for her age.

Emma realises she is lucky to live in a location where property is a bit cheaper, and to have a parent who can afford to help her out. For people earning a mid-range salary of around £24,000 in Nottingham, a city centre flat like the one Emma wanted is affordable.

But the bank wouldn’t give her a mortgage because “too many other flats in the building were rented,” she explains. “So many had been bought by private landlords and rented out. So if I wasn’t able to keep up with my payments it would probably make it harder for the mortgage company to then resell it and get the money back.”

“Some mortgage lenders get jumpy if there are lots of renters or Airbnbs in the building,” explains Henry. “They can also refuse a mortgage on buildings made of certain concrete, and sometimes people don’t find this out until too late. There are lots of reasons a mortgage might be refused.”

Emma then found another, similar flat in the same price range, in a smaller block. Her offer was accepted by the seller, and her solicitors began the process of the sale.

“The extra costs were a surprise,” Emma adds. “I was quoted £2,000 for a solicitor, which is around average, but I paid £125 up front, and didn’t have to pay the rest until I’d actually bought the flat. Then there was the mortgage broker – that was £350, but I only paid half up front. The searches and surveys were probably another £300.”

“Remember you’ll have legal bills and you’ll need money for them on top of the deposit,” says Henry. “If you want an extra survey, that might be an extra £1,000. Homebuyer’s insurance – to get money back if something goes wrong – could be about £50. If you’re not prepared, it’s like saying ‘I want to buy a car, but I didn’t know you have to insure it!'”

Six months later, the solicitors still hadn’t progressed, and Emma’s mortgage offer expired. If she wanted to try another bank, she’d have to pay more costs – something she didn’t want to do, because she’d already eaten into her savings.

“The stress of it has put me off buying for a while,” Emma says. “It’s meant to be this exciting thing you do – I was 24 and single and it was a really good feeling. But the fact it took so long and all fell through, I don’t know if I want to go through this again at the moment. When I do try again I might look outside the city centre.”

Emma is still living with her mum, but plans to rent a flat with her boyfriend in the near future. She knows she’s one of the lucky ones, and that buying a property is still within her reach once she saves up the money she lost – something she can do on her salary. But for some, buying looks impossible.

Joint Equity is always looking for new ways to help people move into their own home. Register as a Resident Partner (click here) and be first to know how we can help you achieve your own home with all the security it provides